John Stockton, arguably the greatest shooter of all time and two-time NBA Champion with the Utah Jazz, had a funny story to tell. He spoke on how he preferred Larry Bird as opposed to Michael Jordan because “Larry was humble,” even though it was fake!

John Stockton did not want any part of a Michael Jordan “Puff Piece” but took no issue telling a fake story glorifying Larry Bird. 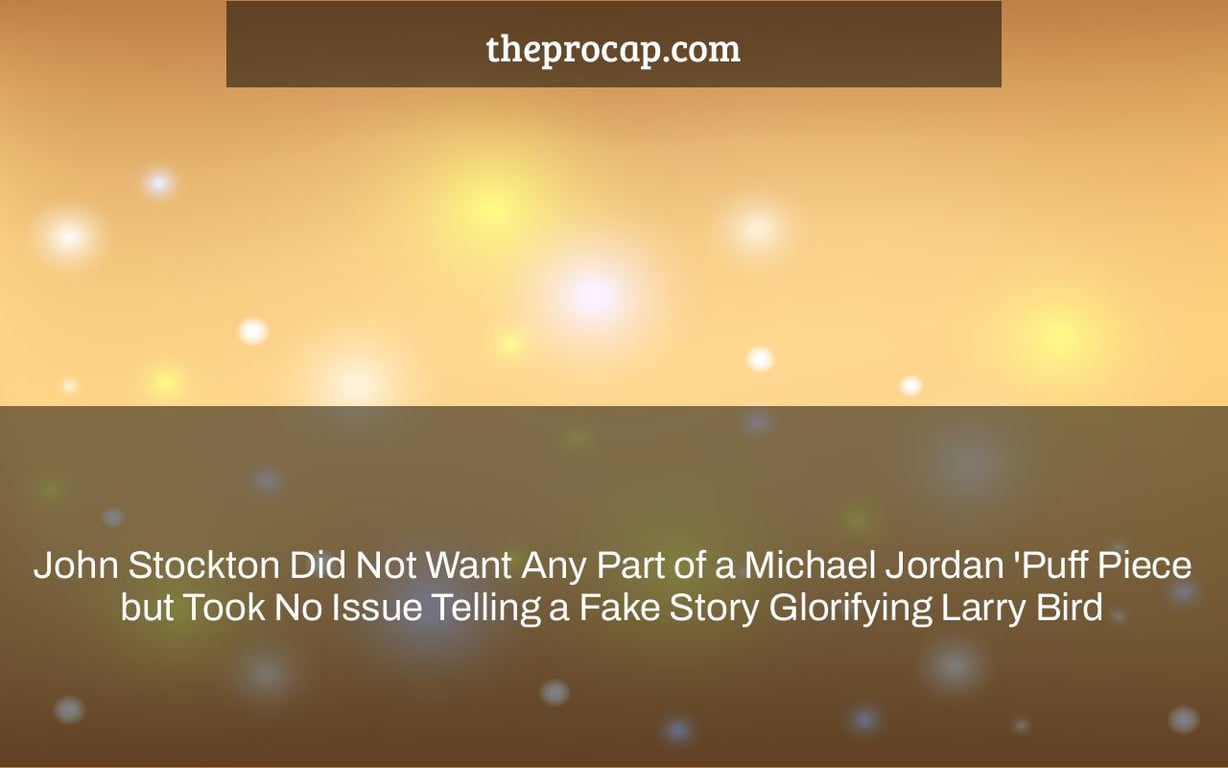 Despite developing a respect for Jordan and the Bulls over the years, the Hall of Fame point guard had qualms about another series bolstering MJ’s legendary reputation. Stockton’s doubt does not seem to be outlandish at first glance. After all, it was the Last Dance that converted Scottie Pippen’s biography into a vengeful reminiscence.

Stockton’s apprehension about providing his voice to the docuseries is all the more perplexing given that he has already created a fabricated narrative to elevate one Larry Bird.

At first, John Stockton was adamant about not appearing in the Last Dance.

Jason Hehir spent years trying to hunt down John Stockton in order to capture his voice for the Last Dance. When he eventually got through to the former Jazz player, the all-time assist leader responded in a way that probably didn’t sit well with Hehir.

Stockton originally reluctant to participate in the docuseries, according to Hehir (h/t KSL). He opted not to talk about His Airness after suffering two terrible losses at the hands of Michael Jordan.

“After two years of tracking him down, I finally got [Stockton] on the phone.” “I don’t want to be a part of a Michael Jordan fluff peace,” he remarked.

Hehir ultimately persuaded Stockton to participate in the docuseries. However, as watchers of The Last Dance will recall, his appearances centered on the Jazz rather than a “aura” about MJ or the Bulls.

Given how much Stockton praises Larry Bird, it’s puzzling that he was so emphatic about not displaying enthusiasm for Jordan’s abilities and his early unwillingness to participate. Stockton, in fact, enjoys lying outright about a recollection of the Boston Celtics icon from his first season in Utah.

Stockton constantly invented a scenario in which Larry Bird was praised.

On the Dan Patrick Show in 2018, John Stockton contributed to the increasing collection of Larry Bird trash-talk anecdotes. So it seemed.

Patrick inquired as to whether Bird had ever spoken directly to him throughout his playing career. Bird called his shot one game in Salt Lake City during the former Jazz guard’s rookie season, according to Stockton.

‘I feel like 43 tonight,’ [Bird] stated as a rookie as he went by our bench at the Salt Palace. And he came out firing in the third quarter, scoring 43 points and cruising to a 20-point win.

Isn’t this a fantastic story? It’s full of the bravado and braggadocio for which Bird was renowned throughout his career. But there’s a catch: it’s not correct.

During Stockton’s first season in 1984-85, the Celtics played one game in Salt Lake City. To be sure, Bird had a fantastic game. He was on the verge of a quadruple-double. However, he only scored 30 points, not 43.

Maybe if Stockton didn’t repeat it so much, there wouldn’t be anything to this fantastic story. He’s expounded on it three times, as this YouTube footage reveals.

So, although Stockton refused to participate in a “puff article” about Jordan, he enjoys making up tales about Larry Bird? What’s going on?

Is Stockton enraged by Michael Jordan? 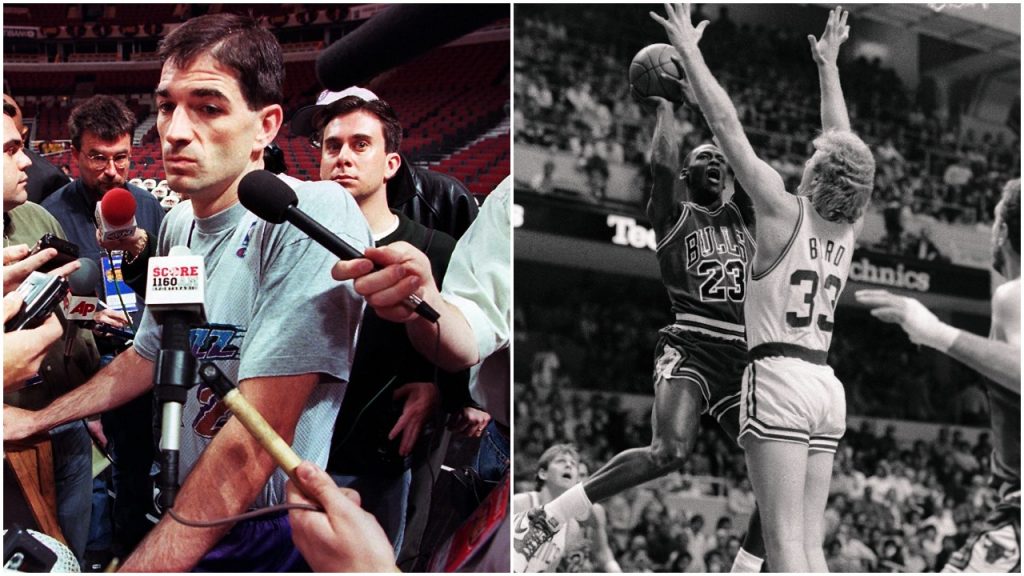 Michael Jordan and John Stockton have a lot in common. As players, they were both very competitive. They were both members of the 1992 Dream Team and were inducted into the Naismith Memorial Basketball Hall of Fame in 2009.

Still, the disparity between Stockton’s attitude to starring in a Michael Jordan docuseries and his fake Larry Bird anecdotes raises the issue of whether he has a vendetta towards MJ.

In terms of basketball, the rivalry is understandable. Stockton’s Jazz colleagues were stunned when Jordan stopped him from winning an NBA title in 1998. However, they seemed to have mutual regard and affection for one another. Is there anything that has changed throughout the years?

Perhaps there’s nothing to the difference in Stockton’s and Bird’s reactions to Jordan-related topics. It is, however, unusual to say the least.

“Karl Malone Championships” is a story about how John Stockton did not want to be part of a Michael Jordan “puff piece”. However, he took no issue telling a fake story glorifying Larry Bird. Reference: karl malone championships.

Solar Ash Endings Guide: All Endings and How to Get Them