The Brooklyn Nets are having a rough season, and their fans’ anxiety is more than warranted. After all, the team has had its fair share of bad luck this year with injuries to star player Joe Harris. But when you’re constantly on crutches for months straight and see your career in jeopardy- it’s time for you to hit pause. 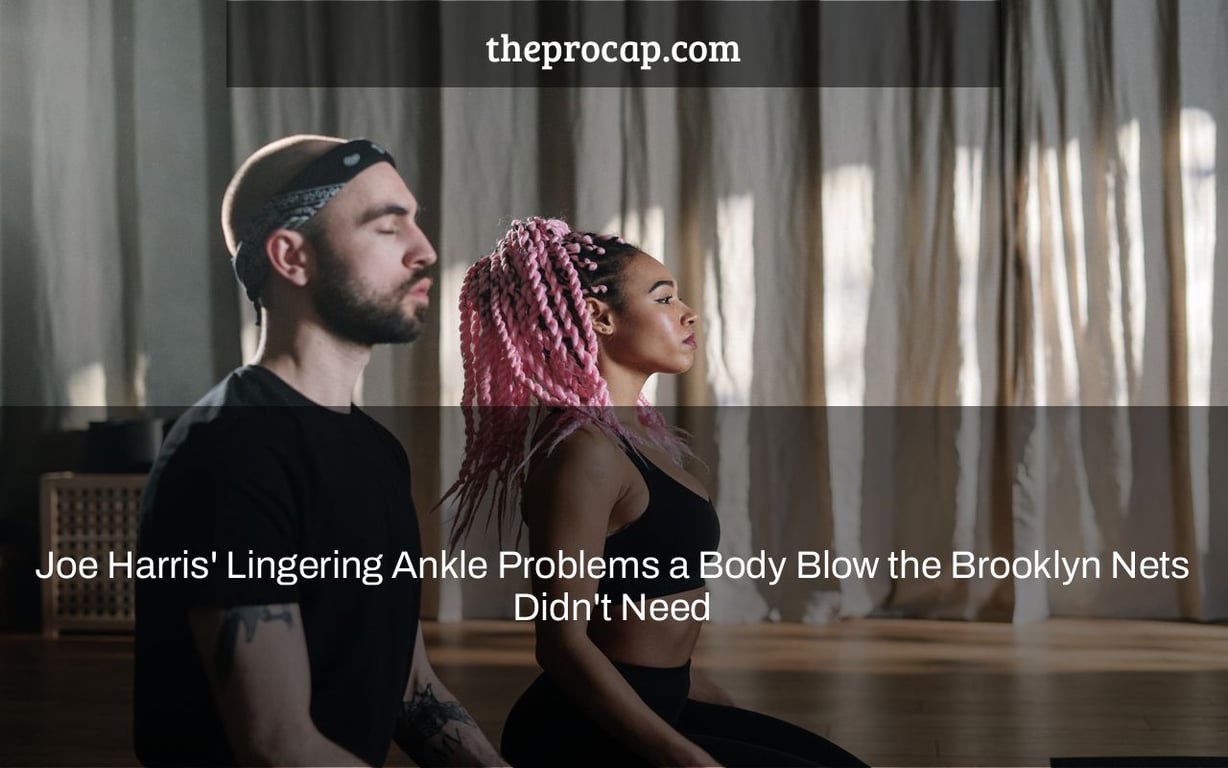 The persistent absence of sharpshooter Joe Harris is an underappreciated component of the Brooklyn Nets’ troubles. On Nov. 14, the two-time NBA three-point shooting champion injured his left ankle. The longest-tenured Net, who was expected to be out for six to eight weeks after surgery in late November, has yet to return and is allegedly not close to doing so.

Brooklyn had the greatest three-point shooting squad in the league with Harris. However, without him, their offensive has struggled at times.

When will the veteran of eight seasons return to the court? The response changes depending on who is asking the inquiry.

Agent Mark Bartelstein informed ESPN’s Adrian Wojnarowski on Feb. 3 that a second operation could be required.

On Nov. 29, Harris had a bone fragment removed from his ankle. Late January marked the end of his predicted recuperation window. Without their leading scorer, the Nets have struggled on offense at times.

Brooklyn ranks 23rd in the NBA in three-point shooting (33.7%) without Harris. They’re 16th in the league this season with 35.4 percent, but they were first with 39.3 percent before the veteran was injured.

The Nets’ offense has been constrained since Harris’ injury, with 30.4 deep attempts per game, the second-fewest in the NBA. They’re also 29th in terms of makes per game, at 10.3 per game.

Joe Harris is more concerned with rehabilitation than with undergoing another operation.

“The Nets have some tough decisions to make ahead of this trade deadline”@IanBegley reports on the latest with Joe Harris’ potential for another ankle surgery, and how Nic Claxton could be a potential trade chip for the Nets at the deadline coming up pic.twitter.com/KB3L23Bpjc

For his part, Joe Harris told Brian Lewis of the New York Post that rehabilitation remains the primary focus. In a tweet, Lewis reported Harris saying he’ll deal with a potential second surgical procedure only when he must.

“The recovery, in general, has taken a little longer than expected, but that’s how some of this stuff happens,” Harris said. “Not every injury is the same, and it’s difficult to even put timetables on it, so the most important thing for me right now is to get healed.” So when my ankle is healed and I feel well enough to play, that’s when I’ll be ready to return.”

Before being ill, Harris was averaging 11.3 points and 4.0 rebounds in 30.2 minutes per game, shooting 41.7 percent from two-point range and 46.6 percent on 6.3 shots beyond the arc. His 43.9 percent career record ranks third all-time in the NBA after Steve Kerr and Hubert Davis.

The 2018–19 season was his breakthrough season. For the first time in his career, Harris topped the NBA in three-point percentage and defeated Stephen Curry in the final round of the 3-Point Shootout at All-Star Weekend in Charlotte.

Last season, he led the league with a career-high 47.5 percent shooting percentage, but struggled in the Nets’ second-round playoff defeat to the Milwaukee Bucks.

The Brooklyn Nets’ fears for the future

Because so much of Harris’ game is on racing to open areas or around off-ball screens to get open for shots, any limits might have a significant impact on the Brooklyn Nets’ offense.

The 30-year-old was a second-round choice of the Cleveland Cavaliers out of Virginia in 2014, and he appeared twice in the 2015 NBA Finals defeat to the Golden State Warriors, each time for three minutes. Harris was released after being traded to the Orlando Magic in January 2016 while out with an injured shoulder.

He’s the lone holdover from Brooklyn’s pre-Kevin Durant/Kyrie Irving era, and he became a full-time starter in 2018–19, the same season the Nets started their current three-year playoff run.

Joe Harris has the highest three-point percentage in team history, at 44.2 percent, ahead of Hall of Famer Draen Petrovi’s 43.7 percent, and passed another Hall of Famer, Jason Kidd, for the most made threes early this season. The Brooklyn Nets’ offense relies on the space he offers, even if he isn’t their best option or most important player. It’s already been difficult to win without him.